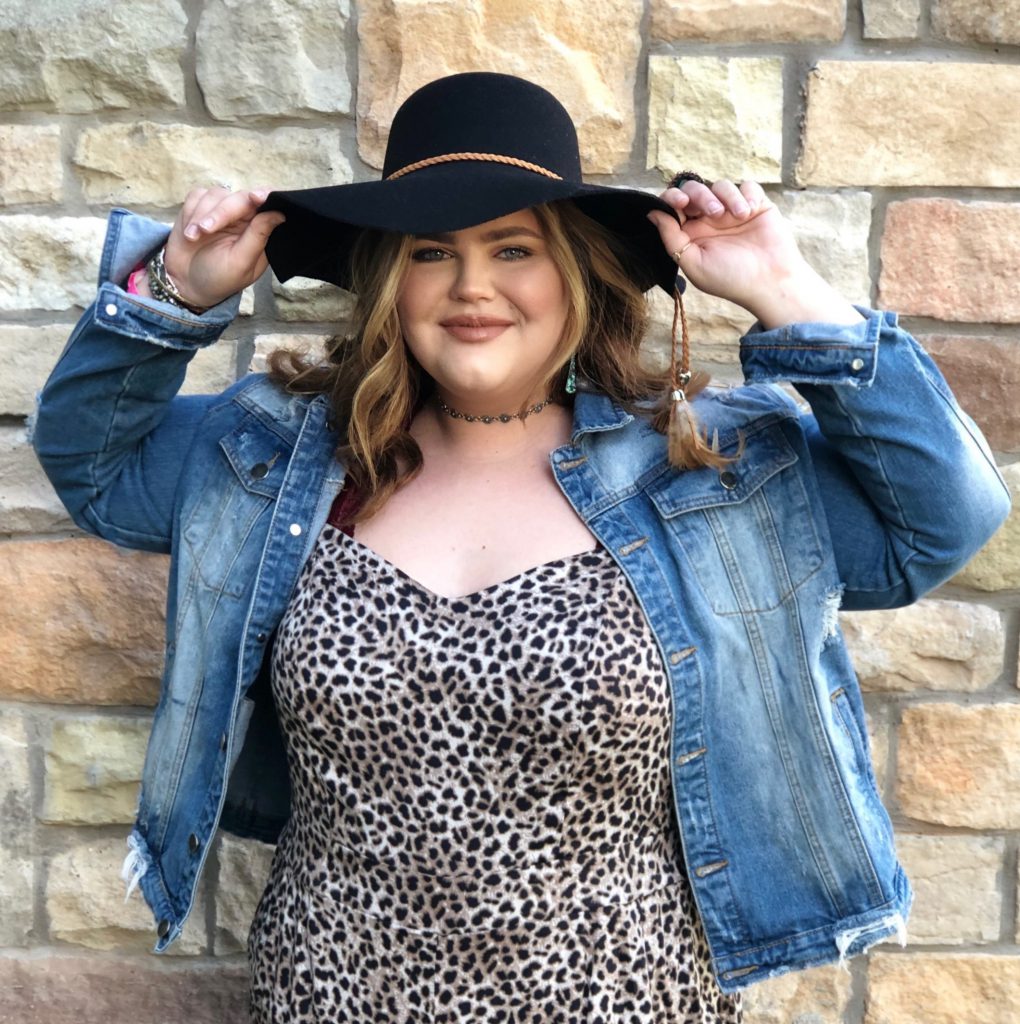 Tiffany Tomlin, a junior at Iowa State University in Ames, Iowa, joins the marketing staff, also based in Ames, for the summer as our marketing intern. Tiffany is an agricultural education major and participates as a member of the ISU Livestock Judging Team.

Every day I get the opportunity to work on a variety of tasks with the AgCareers.com team. Some highlight items that I am currently working on include internship surveys, Career Profile extensions, promoting the 2019 HR Roundtable, and writing content for blogs, newsletters, and the Ag and Food Career Guide.

I enjoy having the freedom to take the lead on a wide variety of tasks. Through this, I am getting valuable experiences outside of what I would get in the typical classroom while having the help of the friendly AgCarees.com team when needed.

Be as active on the site as possible! It is a great resource to find the perfect fit for your job opening.

How the Hiring Manager Should Dress for an Interview 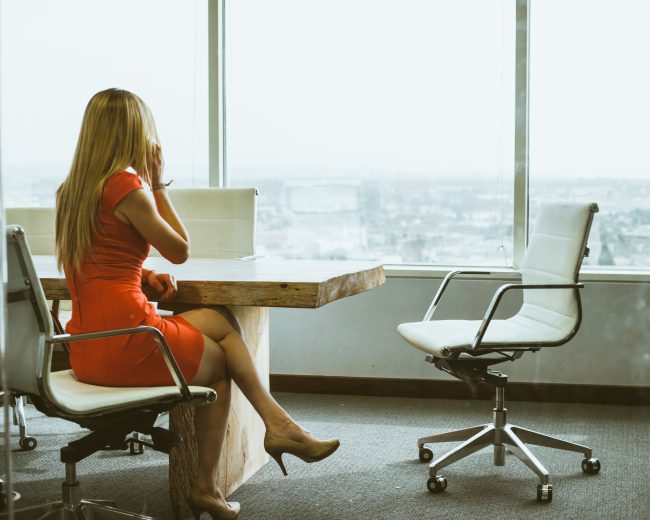 As agribusiness employers, we typically have high expectations for the candidates we interview. Arrive on time, come prepared with questions, and conduct yourself professionally. This includes dress. While interviewees are held to high standards, does the hiring manager in your organization hold him or herself to those same standards of professionalism, including appearance? How an interviewer dresses can tell the candidate a lot about the organization and its culture. Here are some tips for conveying this truthfully but still making known that you also came prepared and are taking this interview seriously.

Why the Hiring Manager Should Dress Well

Why does it matter, you ask? You might feel like you’ve got the upper hand here–that your candidates want to work for YOU, after all. THEY are the ones needing to make an impression. But in this job seekers’ market, your impression matters just as much. A candidate will judge on your appearance. It will reveal to them whether or not you take your role seriously, your workplace culture, your expectations for your employees, whether or not your in-person brand matches your online presence, and whether or not the workplace environment is friendly and comfortable. With all that being said, dress in such a way that your candidate could conclude favorably that your organization is the place they would like to work for. 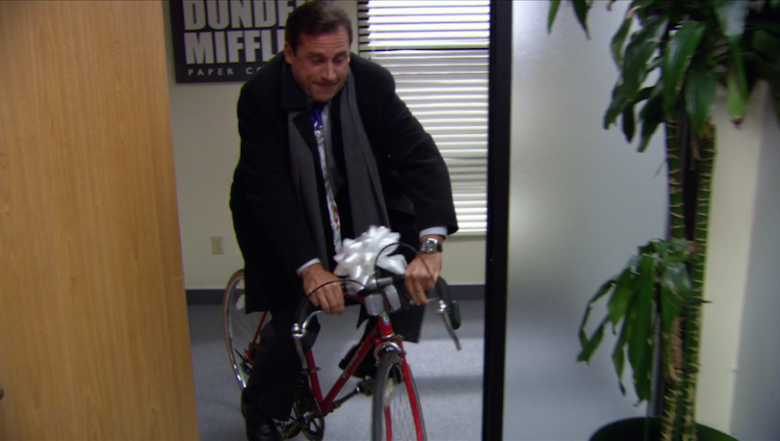 Tis the season for giving! I love giving. I seriously do. It is my favorite thing to buy things for others (my husband will show you our credit card bill to prove it). And I’m thankful and glad to be in a workplace environment where office holiday giving charity initiatives are implemented. However, I’ve learned over the past few years of doing things in the office that there are some things to keep in mind. Here are some tips to be mindful of when doing office holiday giving initiatives.

Pick a charity that will be fun for staff members to participate in. Choosing gifts for a giving tree initiative or toy drive is easily fun for shoppers during the holidays. Or choose something with a prize incentive that makes for friendly competition.

Participation is awesome and really unites the office. It can also lead to a really successful initiative. Many offices, in fact, hold incentives to encourage participation like getting to wear jeans to work or paid time off for every so many dollars worth raised or cans of food collected. While it’s great to encourage participation, don’t require it. Not everyone may have the means to give back, whether financially or timing-wise. Participation should also be optional because of the following point. 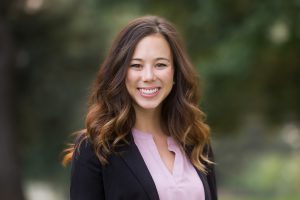 Jessica Bartow joined the AgCareers.com team earlier this year as our Western US Talent Solutions Specialist. Jessica is based in a home office in California.

I help my clients with whatever they need – posting jobs, compensation data, registering for events, etc.

I love the ag industry and am so thankful for the opportunity to help our industry leaders find and retain talent.

What “The Office” Taught Me about HR & Management It’s no secret to those close to me that The Office is my favorite television show. My husband and I have probably Netflix’ed the entire series at least 10 times. I’m constantly quoting lines and relating my life experiences to something that happened on the show. Though I have learned much about HR since joining AgCareers.com nearly five years ago, I must say that I also often see parallels between my industry colleagues’ work and the humorous and often outrageous scenarios played out on the hit NBC sitcom. Here are lessons The Office has taught me about HR and management that I think are relevant and valuable to anyone working in this field.

1. How NOT to Behave in the Office or Workplace.

This probably goes without saying, even if you haven’t seen The Office. Between spending weeks planning pranks to pull, creating playlists for your office crush, constant parties, and pointless meetings, not a lot of work is actually done on this show. Are your employees really working behind their computers? But more than that, unethical and inappropriate happenings that would make any HR professional spill their chili are the norm in Scranton, PA.

2. Show Your Staff They are Appreciated.

Aside from his unacceptable comments to and about women in the workplace (which would certainly never fly on a sitcom today) and his treatment of Toby, Michael Scott has to be commended for his treatment of his staff. He holds an award ceremony for them, he participates in great initiatives like “Take Your Kids to Work” Day, he sponsors a (albeit ridiculous) charity 5K for his employees to run in, he gives the entire staff the Friday off before Jim and Pam’s wedding, and don’t get me started about all the goodbyes he gives his staff in “Goodbye Michael.” I could go on. Take cues from the golden Michael Scott moments, after he gets all his fake firing and “that’s what she said’s” out of the way: he goes the distance for his staff. Kate Boeckenstedt joins the AgCareers.com office in Ames, Iowa this summer as our Marketing Intern. Kate just completed her junior year at Iowa State University as an Agricultural Education major with the Communications option. Last summer, Kate worked as a Crop Scout for AgVantage FS in Alburnett, Iowa.

What will you be doing this summer with AgCareers.com?

I’ll be in charge of the student success kit we’re working on as well as the Internship Benchmark Survey. Organizing some pages on our website as well as a few special marketing projects will be some other things I’m working on this summer.

I like the flexibility and getting to know the indoor work environment. I like the opportunity to grow and share my ideas. The research side and blogging has been new to me. I never thought I’d be a blogger.

I think the resume database is a useful tool. Sometimes personally looking for the right candidate can serve as an advantage.

3 Reasons to Do a Lunch Interview It presents an opportunity to meet with a candidate on a more personal level.

Formal in-office interviews are typically more tense situations for candidates. A lunch interview, while it should still be taken as a formal interview, also invites the candidate to relax a bit more and be themselves. While they should still show a certain amount of nervousness, as it shows they are taking this seriously, it allows for more openness and casual conversation over a meal. Once the questions do start rolling, the candidate has been given an opportunity to ease into getting to know the interviewers as well. This type of interview also serves as a great indicator of emotional intelligence. How easily is conversation flowing? Do you feel like connections are being made? Are they able to laugh a little? AgCareers.com is privileged and pleased to welcome our newest member to our team Kacey Toews! Kacey joins us from a home office in rural Powhattan, Kansas as Talent Solutions Specialist.

I handle all of the new accounts as well as my established accounts and assist them in utilizing our products.

I love that every day is something different and being able to build relationships with the different agriculture companies every day and see what I can do to assist them in their hiring needs. I also love working with our team, everyone is very helpful and encouraging.

Take time to familiarize yourself with the site and take advantage of the resume database, it is a great tool! If you rev up GoToMeeting on a regular basis or communicate with coworkers and clients via Skype, this blog post may be for you. A virtual meeting is no less formal than a face-to-face meeting and should be treated as such. Here are some tips to consider next time you turn on the webcam at work.

Know your technology. We often tell candidates participating in virtual interviews to check their webcam and microphone technology as well as their Internet connection. It doesn’t hurt to do the same for a virtual meeting, especially if you rarely conduct them.

Unplugging from Work over the Holidays Writing this blog post is on my list of things to get done today, as I leave the office for a holiday break, so I don’t have to work during my time off. However, being the AgCareers.com employee that I am (and I know many of my coworkers would agree with me), I intend to bring my laptop home over my break to tend to some small duties while absent from the office. I wouldn’t say that I struggle unplugging from work, but at times, like during my two-week vacation this summer, I wonder why I can never just totally leave work at the office.

Google unplugging from work and you’re sure to find many research-backed articles explaining the benefits of taking time away from your computer such as an increase in productivity and creativity when you return. It’s true; I often feel recharged and ready to tackle challenges after I’ve stepped away from my desk for a time. Soaking up time with your families and friends, pursuing outside hobbies and interests, and simply relaxing instead of worrying about what emails may be coming in is not only healthy for us but also for those around us and our relationships. It all sounds good, right? And deep down, we know we all want that feeling of revitalization and peace of mind to just let go of work.

If only it were that simple, you may be thinking. Well, it can be. Here are some tips for unplugging from work over the holidays or a vacation: